Member of council of China College of Calligraphy and Arts, David Hu (also known as Hu Shouqing), born in Beijing in April, 1955, was named as Yu Qiu Zhen Ren. He is also committee of Mural Arts commission architects in the Architectural Society of China; Yu Ta professional committee of China Fisheries Association and member of Beijing Photography Association. Hu Shouqing was educated in Central Academy of Fine Arts under Wu Weishan and Shang Libin.

Later he got instructions from Liu Dawei, Chen Zhenguo, Lu Zhongnan, Zhang Yutian and such famous painter and calligrapher. Hu Shouqing used to have lived in France and Russia for many years, so he was influenced by western ideology of arts. His works is combination of abstraction and detail, which shows
fantastic moments of Nature. It is not only full of wisdom but also endowed with light and shadow. It grasps the beauty of nature and symbolizes the togetherness of human and nature creating the fresh enjoyment of arts.

Hu Shouqing’s masterpieces won many rewards in China and were exhibited in the Louvre Museum and Culture Center of Paris. His works is national gift for foreign leaders and collected by China Embassy, Permanent Mission of the People’s Republic of China to the United Nations, Sino-US Culture Fund and etc. 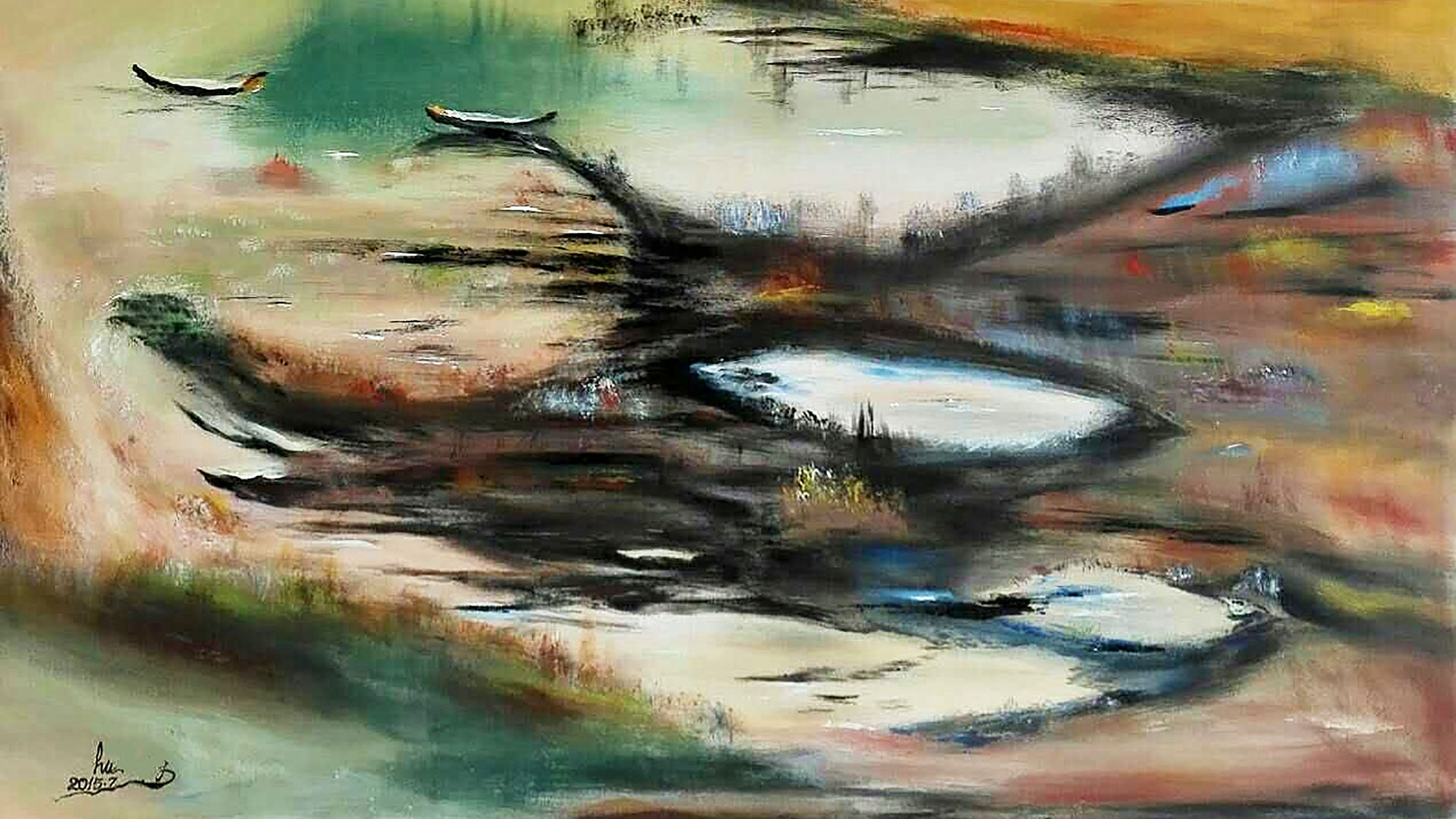